The Welsh Ride Thing is fourteen years old this year. In that time, it’s done many things to many people. It’s inspired, acted as a catalyst, brought people together, opened many eyes and raised a few eyebrows, broken a handful but made hundreds more smile. The WRT doesn’t restrain or restrict, on the contrary, it encourages exploration and deviation. It doesn’t stand in judgment, there are no winners, no losers, no right and most definitely – no wrong. 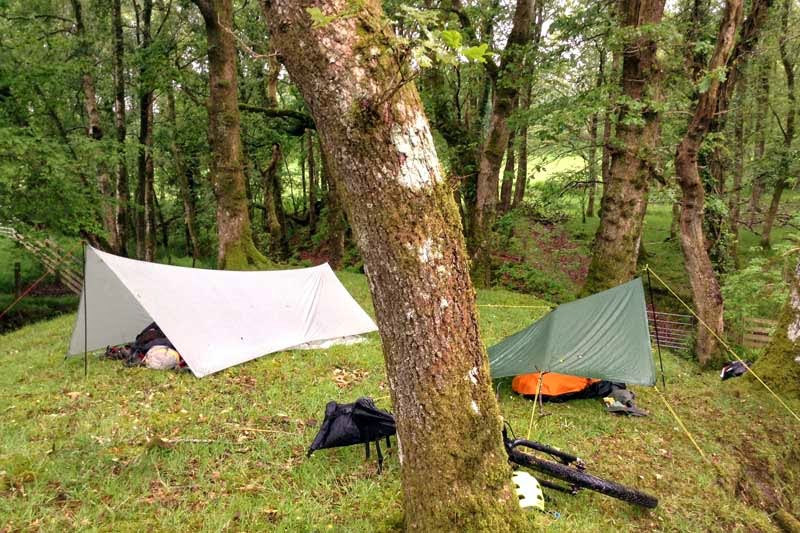 Obviously, the WRT has been part of my life for the last fourteen years. It’s something that’s never too far from my thoughts and at this time of year, it’s something which starts to consume an increasing amount of time. With that in mind, hopefully I can be forgiven for sometimes assuming that everybody else in the big wide world is fully aware of its existence … which I know isn’t the case. In an effort to remedy this potential oversight and perhaps encourage more people to join the circus when it comes to town, here’s an outline of what happens and when and the answers to a few questions you might have.

Entry – On-line entries open on Feb 1st. It’s a very simple process and will only take a minute or two. Once you’ve entered put the whole thing to the back of your mind for the next couple of months.


One month before – On April 1st, everyone entered will receive an email. Aside from the usual details you might expect, it’ll also contain a list of grid references. These references are an aid to help you devise the route that you’ll (hopefully) ride at the WRT. Please don’t think that any of them are compulsory or that you should try and incorporate all of them into your route (unless you want to, in which case feel free). There is nothing of any significance at them, nothing to collect and nothing to do. They are simply an aid to help you and they should make devising an ‘interesting’ route that little bit easier. Remember, there is NO set route, NO minimum distance and NO official checkpoints.

The start – The WRT starts from ‘Ceulan’ a hill farm in the Cambrian mountains but it’s also known as ‘Bear Bones Towers’. Gates will open at 9.00am. When you arrive, sign in (don’t forget to collect your T shirt), park as directed and then busy yourself putting your bike together. Once you’re ready, make your way the 200 yards to ‘The Start’. Grab yourself a brew, have a chat and generally soak up the atmosphere.


Everyone knows that bikepackers are all secretly obsessed with weight, so it’s little surprise that the ‘Weigh-in’ has become popular. Take the opportunity to find out just how much your loaded bike really weighs and if yours is the lightest or heaviest, you’ll even win a prize. Around noon, the prize draw will commence. Everyone has a chance to win something and because of our generous ‘sponsors’, the prizes on offer are always very nice. All that lot should be done for around 1.00pm at which point you’ll be free to follow your destiny for the next couple of days. What happens is entirely up to you but a degree of flexibility and a curious nature are worth carrying.

The finish – When you get back sometime on Monday, don’t feel you need to rush off. Drink tea, eat cake and talk rubbish to anyone who’ll listen.

Now, I appreciate that description does make it all sound a bit crap but the WRT really is unlike anything else. As a whole, it’s ten-fold the sum of its parts and that’s mainly down to the riders and their attitude. It doesn’t matter if you’re new to the world of bikepacking or a veteran of the trade – the WRT doesn’t judge, it simply wants you to ride your bike and have a good time.

Can anyone enter? Yes, the WRT is open to all.

Do I need a mountain bike? What you choose to ride is up to you. However bear in mind that bike choice may effect where you can and can’t go but that’s for you to decide and plan a route accordingly.

Can I park at the start? Yes.

Are there marshalls, feed stations and way-markers? Absolutely not. Once you set off then you’re on your own and need to be self-reliant.

Is it suitable for ‘first time’ bikepackers? Yes, the WRT has provided many with their first taste. Don’t try and bite off more than you can chew, aim to be flexible and just see what happens.

Could I stay in a B&B? If you like but I would book something well in advance if that’s your plan.

I really could only ride 20 miles if I wanted? Yep.

What if I get lost? You’ll need to get unlost. It sounds flippant but it really is that simple.

What’s the terrain like generally? The amount of valleys and subsequent hills in this part of Wales surprises some people, so expect to be going up and down a lot.

Are there any minimum kit requirements? No but do use common sense and pack accordingly.

If I’m wildcamping can I make a fire? NO! Fires are not an integral part of the wildcamping experience as they fly in the face of the ‘leave no trace’ ethos.