Fat bikes are brilliant. They’re fantastic at covering the frozen, snow covered wilderness of America, Canada and northern Europe. They’re superb in the arid, sandy deserts of the world from the Sahara to the Australian outback. They’re great when things get soft and boggy, often allowing you to keep riding when you might otherwise have to push … but is a fat bike really a viable proposition for all year, UK riding? At the moment, I really don’t know the answer but I’m going to try and find out.

There’s certainly lots of fat bikes out there and I ride fairly regularly in their company. Some people tell me it’s all about ‘fun’ and that riding a fat bike makes them smile but I have to say, this testimony is often uttered breathlessly and with an expression akin to that of a freshly caught fish on a canal side. Others tell me about the new trails that riding a fat bike opens up but I’m not sure I want search out crap places to ride so I can justify my latest two wheeled purchase. No, I’m sure there must be something else, a quality that perhaps can’t easily be expressed or some properties that defy logic and rational thought … well, I certainly hope so, otherwise I’ve wasted quite a sum of money in an attempt to answer the original question. 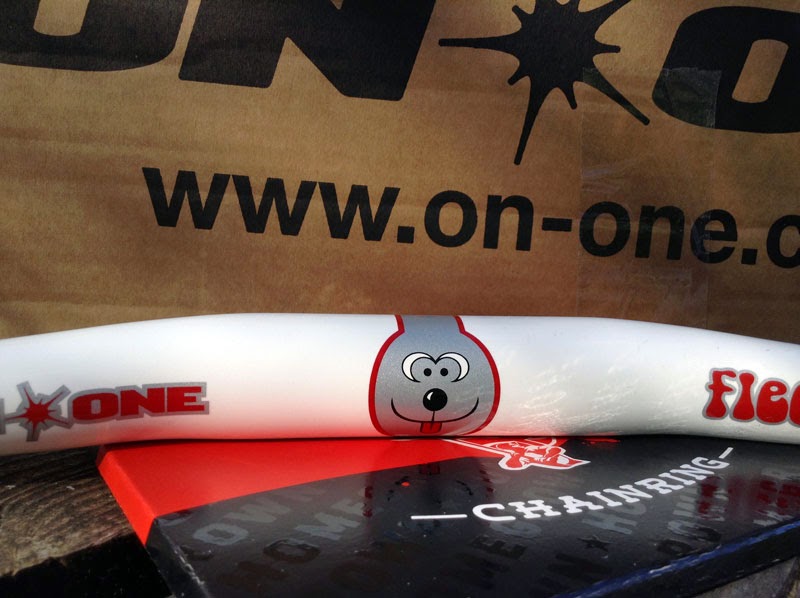 As fat bikes have become ever more popular, the inevitable sub-divisions have been created. It’s nothing drastic, it’s not chalk and cheese, it’s just that some have been designed with snow in mind, others with an eye towards racing and some are more trail orientated. Seeing as we’ve had the grand total of 4cm of snow over the previous two years and a fat bike race holds the same appeal as putting a hot soldering iron up my nose, my attention was obviously drawn to what might be described as an ‘all rounder’. We all know how difficult choosing a new bike can be, even when the choices are somewhat limited, we still go through those days or weeks of uncertainty and indecision. However, in this case the decision was almost made for me. A happy coincidence involving some ‘interesting’ pricing policies at On-One and me being tight, saw a big brown box arrive at Bear Bones Towers containing a Fatty frame, carbon fork and headset. As the days grew longer, more boxes continued to appear, their arrival usually coinciding with some internet perusing the previous day. Eventually, the box mountain plus spares cupboard contained everything required to piece together my potential slice of cycling nirvana or the biggest lemon I’ve ever had the displeasure of riding.

Before anyone says, “if you don’t like them, why have you bought one?” I’d just like to clarify something, I do like fat bikes and I’m fully aware of their capabilities and in some situations they’re the perfect and occasionally, the only tool for the job at hand. This isn’t about trying to discover whether fat bikes are good or not, we already know they’re good … this is about trying to find out how practical a fat bike is for the average rider, on average trails, over the course of an average year in the UK.


All that’s required now, is a spare afternoon to piece together the assembled parts and our voyage of discovery can begin … I’ll be back soon.