It might be summer but those long, dark nights will be here much sooner than you imagine or hope. Even the most ardent exponent of ‘camp to ride’ will likely find themselves holed up beneath their shelter of choice for extended hours of darkness, so the requirement for some form of light is almost a prerequisite for winter excursions. You may choose to simply utilise your helmet light. You might decide to carry a head-torch or maybe you’ll opt for a different approach … the Klymit Everglow Light tube falls into the third category. 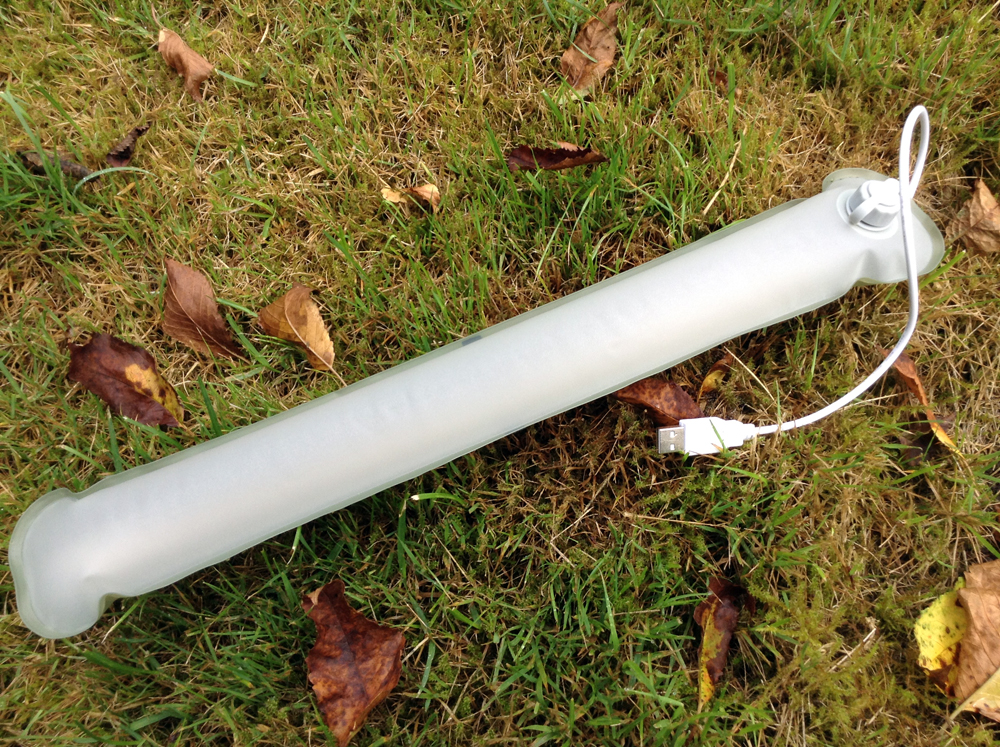 If I’m travelling on my own, then I’m unlikely to stop much before bedtime meaning that my lighting requirements are minimal and generally short-lived. Under these circumstances, my Joystick doubles up as my camp light and carrying anything additional seems somewhat extravagant. However, should I be sharing my squelchy Welsh forest, then I’m likely to stop earlier.  Obviously, I could simply continue to use my helmet light but burning someones retinas out as you turn to talk to them, isn’t everyone’s idea of a pleasant social evening – in my experience, the same thing can often be said for head-torches too. 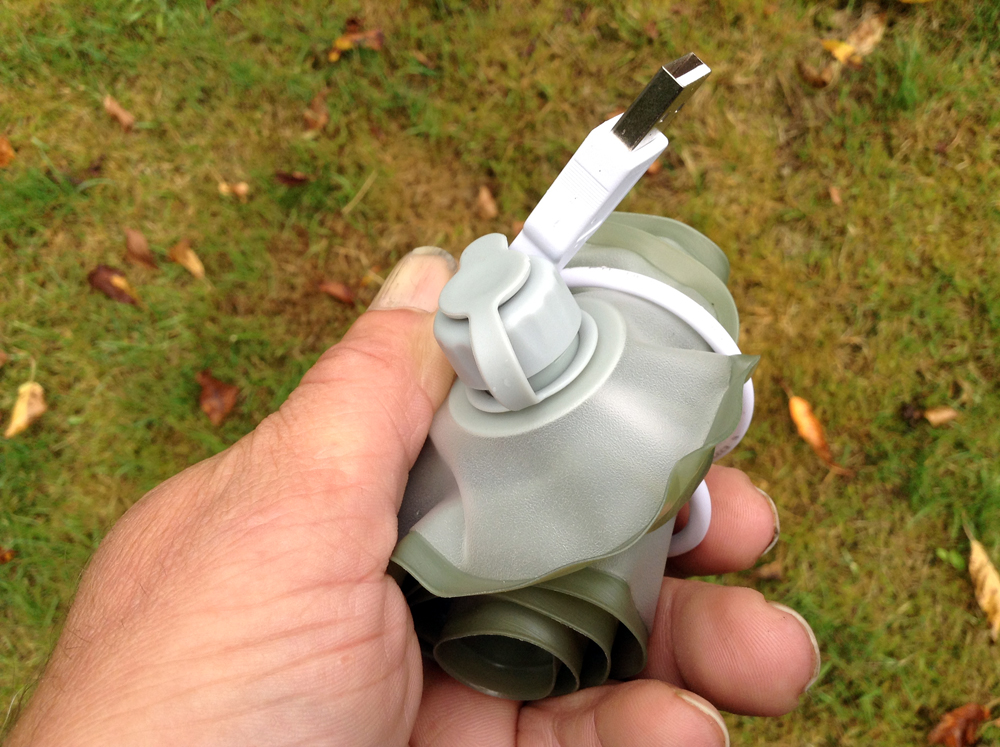 No, in those situations I find it much better to carry something more subtle than a light sabre. Something which provides adequate light to cook, read and see by but which won’t inflict permanent eye damage and nor will it announce your presence to to the inhabitants of the next village. The Light tube would seem to fulfil those requirements while also being compact and lightweight. The light’s available in three lengths, obviously not wanting to carry more than required, I’ve opted for the 18″ (45cm) length which is the shortest, weighs 56g and has an output of 160 lumens. Once deflated it can be rolled up and stuffed in just about any convenient gap that presents itself. The idea of an inflatable led light isn’t new but this is the first I’ve seen that’s tubular. Unlike most others, only one side of the Tubelight is see-through, so while the majority behave like a lantern and emit light 360 degrees, this is more akin to strip light. In my mind, that’s a good thing as the majority of the light now goes where it’s most useful.

Using it probably couldn’t be simpler. Unscrew the valve, blow some air in, tighten the valve and finally plug the attached usb lead into a power supply. Yes, it does require a separate power source but I tend to think that the majority of people will likely have a battery pack with them. Conversely, you may see that requirement as a downside but personally I think it’s a positive as run time isn’t limited to what would most likely be a small capacity internal battery and without an internal battery to fail, I’d hope it would be a longer lasting and perhaps less disposable item. One small criticism I do have is the length of the lead because it’s only 33cm long. That may sound perfectly adequate but if you want to hang the light from the roof of your shelter or perhaps from a branch by means of the Hypalon loop attached to the back, then you’ll either need to carry an additional ‘extension’ lead or figure out a way of hanging your battery pack as well as the light. It’s a small niggle but I’m sure if the cable was a metre long, it might have made things potentially easier. 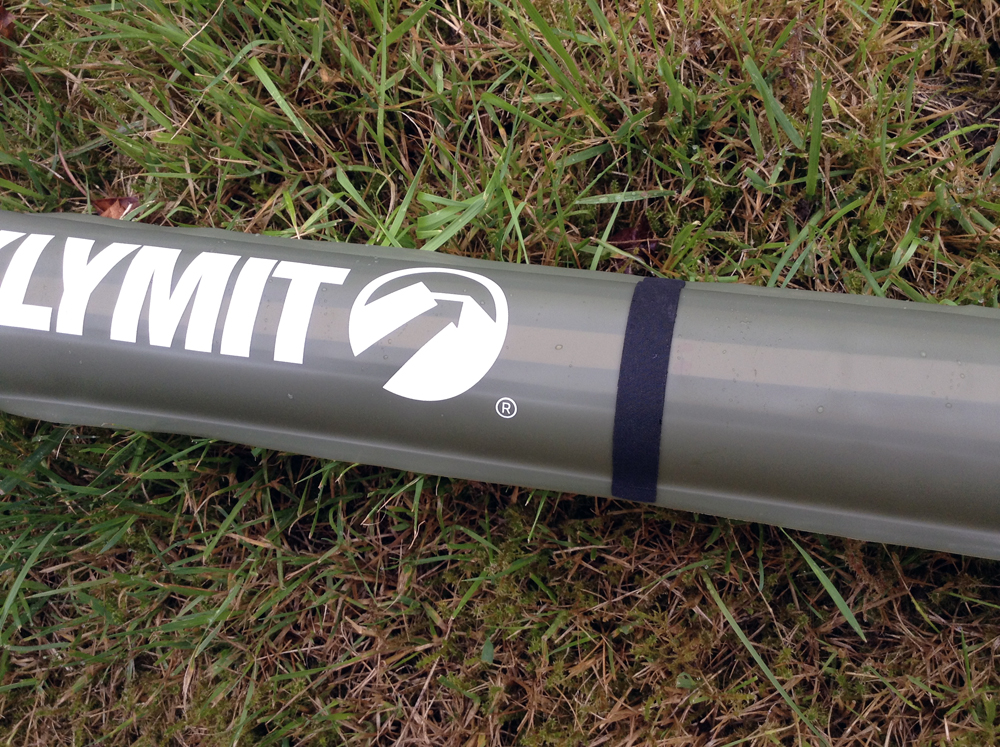 Cable length aside, in use the Light tube is actually very good. It produces a very pleasant ambient light (can’t believe I’ve said that, I’ll be writing copy for Ikea next) and spreads it evenly over a large area. There’s no glare or hot spots, so it also tends to cast less shadows than the alternatives of head-torch or helmet light. It allows you to see with less chance of being seen and should make any nocturnal social gathering that bit more pleasant. 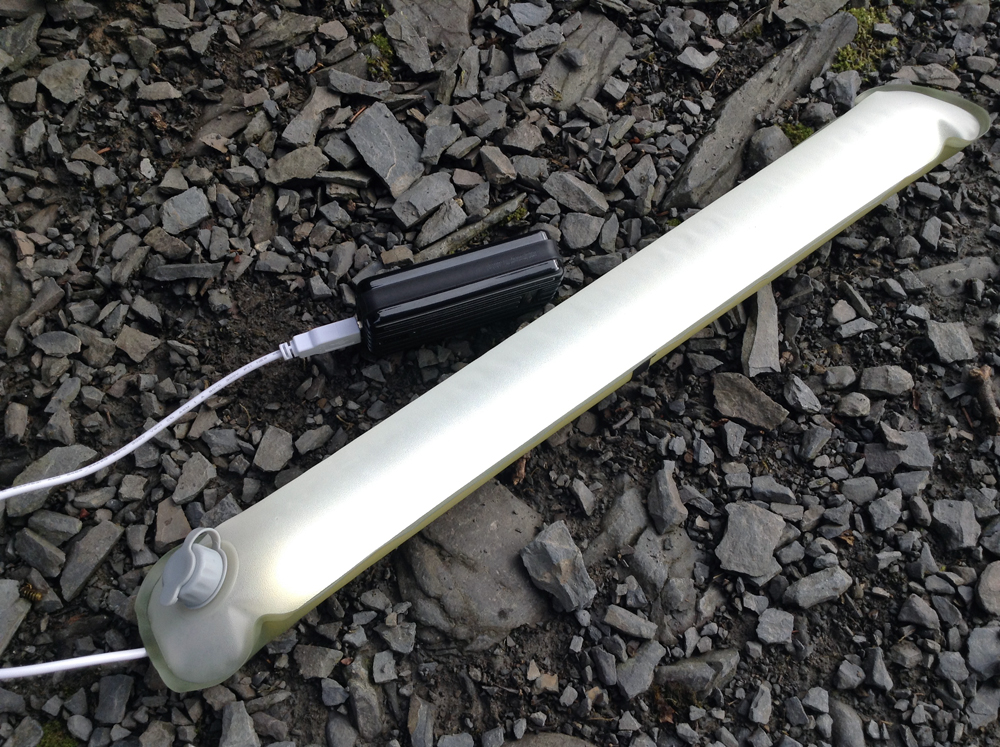 Available on-line for around £25. The large and XL versions have a higher output, magnetic attachments and are also feature a dimmer switch – perfect for those romantic evenings spent in a damp, midge infested ditch.