Great British Gravel Rides is the second recent ‘gravel routes’ book from Vertebrate publishing, this following hot on the heels of ‘Gravel Rides Scotland’. In some regards the layout is similar but that’s no bad thing because it works and you know what they say about things that aren’t broken. However, unlike the previous book, many of the routes here have been submitted / suggested by members of the gravel / adventure community such as Matt Page, Jenny Graham and Charlie the bike monger rather than solely the work of the author. 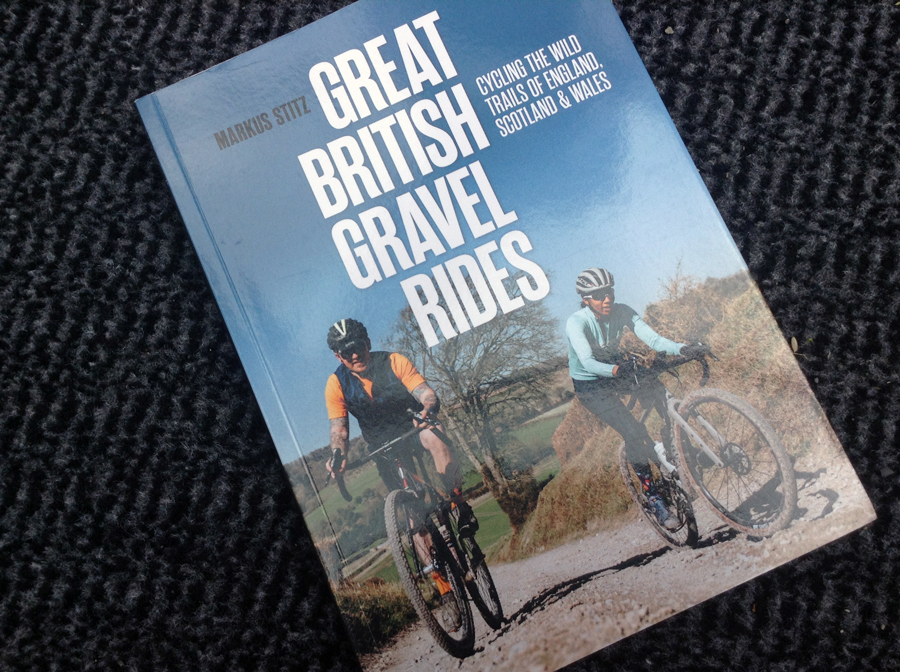 As I’m sure you can guess, the book is broken down into different areas of the UK, which are Scotland, northern England, southern England and of course Wales. Each route starts with a little about the contributor and their interests then proceeds with a clear and usable double page map.  The main route details then follow and you’ll be glad to know (a) they are clear and easy to follow (b) they highlight any potential ‘tricky’ areas and (c) provide the reader with some interesting background – be it, flora, fauna or history. If your riding is purely a head down, arse up affair, then that may not matter to you but I usually find that knowing a little about where I’m going can really add something to the ride. Each route also features a gradient profile, so you’ll know when you can expect to be pushing and a list of local amenities including other routes or trails close by. 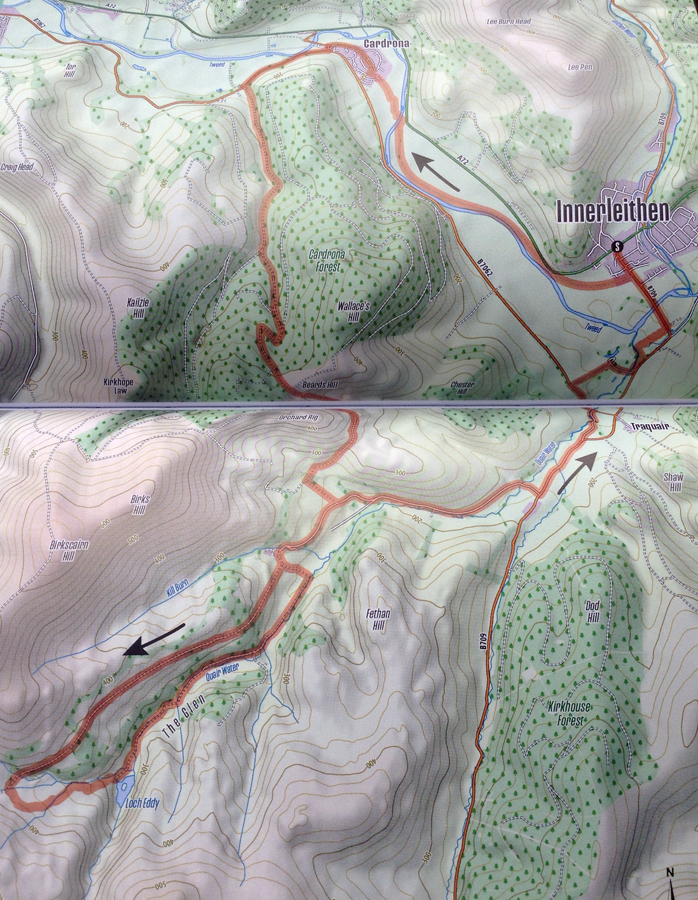 There’s plenty of nice photographs to accompany the words and there’s also an introduction chapter which sheds some light on kit, safety, access, etc –  I did find it slightly ‘sponsor-centric’ in places but both useful and interesting never the less and I think that would be especially true to anyone just cutting their teeth. 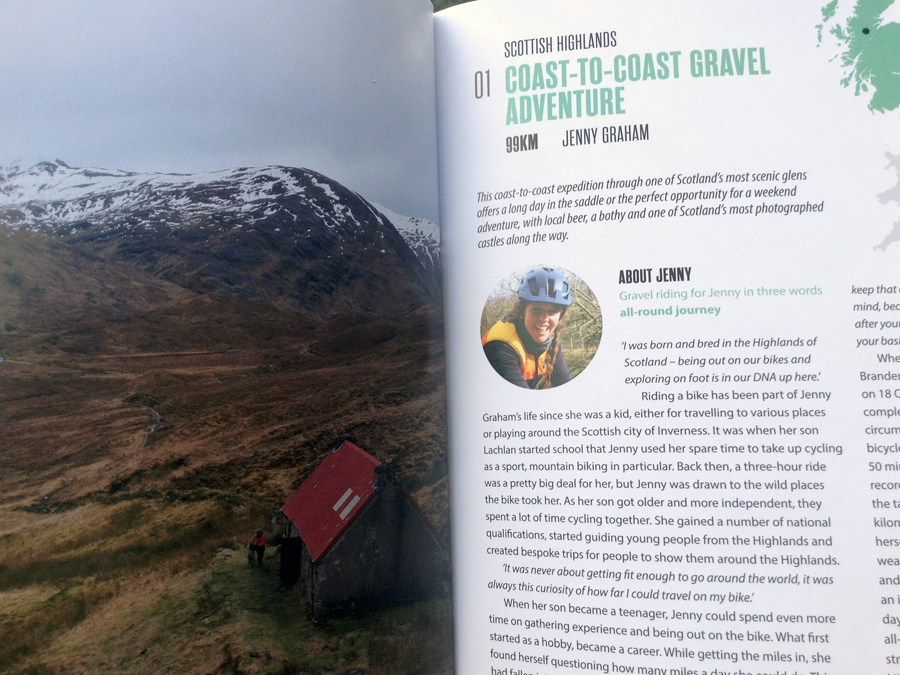 There’s a total of 26 different rides inside and they range in length from less than 20km to over 600km. Yep, that’s quite a difference but the average is closer to 60km, not 600, so they aren’t generally multi-day epics. I’ll admit that I did find the distribution of the routes a bit puzzling – it’s nice to see the south well represented with 8 because it’s somewhere that’s often overlooked. Northern England doesn’t fair quite so well with 5 but poor old Wales only scores a paltry 2. If my maths is correct, that makes fifteen in total for England and Wales, with the remaining 11 all north of the border. I know Markus the author hails from Scotland so maybe it’s to be expected? Perhaps there’s going to be a second volume which may redress the balance or perhaps it’s just me who thinks it’s somewhat askew? I don’t know. 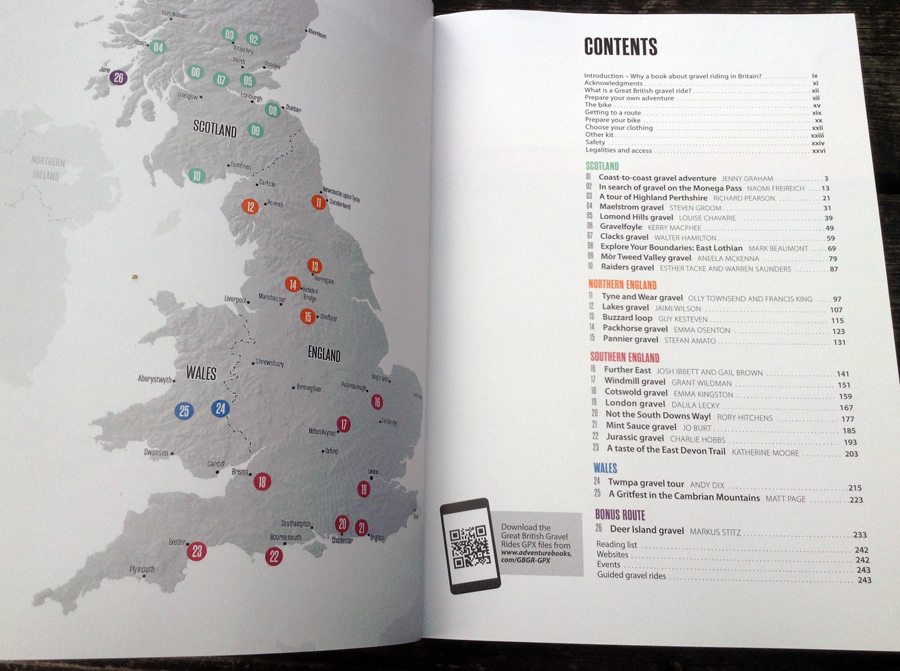 That aside, it’s a useful guide for anyone who enjoys riding on a surface that isn’t tarmac and maybe wants to spread their wings and go somewhere beyond their doorstep. I just want to reiterate the point I made when I reviewed ‘Gravel Rides Scotland’ and it’s that, there is nothing that makes these routes gravel bike specific. You’ll enjoy them on any bike, it’s simply that they are suitable for gravel bikes, so don’t be put off should you not happen to own a gravel bike.

Great British Gravel Rides is the second recent ‘gravel routes’ book from Vertebrate publishing, this following hot on the heels of ‘Gravel Rides Scotland’. In some regards the layout is similar but that’s no bad thing because it works and you know what they say about things that aren’t broken. However, unlike the previous book, […]

The Tour Divide is something that many people dream of, yet only a relatively small handful ever make it to the start in Canada. Of those who do, not all will make it to the Mexican border and fewer still will do so in less than twenty days. To achieve that, takes fitness, mental fortitude […]