22,000 Miles begins with a story that many parents will recognise but for most, the story would stop there. Not so for Rich Seipp and more importantly, his son Tom. For Tom, that story was the spark that set his world ablaze and would send the pair of them on a roller coaster ride culminating in what is arguably, one of cycling’s greatest and toughest challenges. 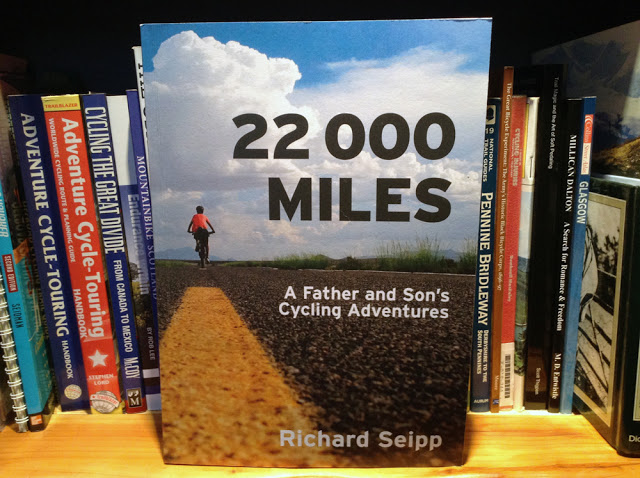 Rich appears to tell their story in a seemingly understated and almost matter of fact kind of way, yet, he also the writes with a fathers pride and at times, a genuine astonishment at his son’s drive and determination. Obviously, a lot happens between riding along a cycle path in Derbyshire and riding the entire length of the USA. Each chapter represents a milestone along that journey and with each, you see Tom grow physically and emotionally. His ambition grows alongside his stature and you feel a real sense of excitement and anticipation for each new challenge. There’s a generous selection of pictures throughout the book and I think they really help form a timeline as each chapter slides into the next …. there’s also a selection of maps penned by Skye, Rich’s daughter which graphically tie things together and provide a sense of scale, especially for anyone with limited cycling knowledge. 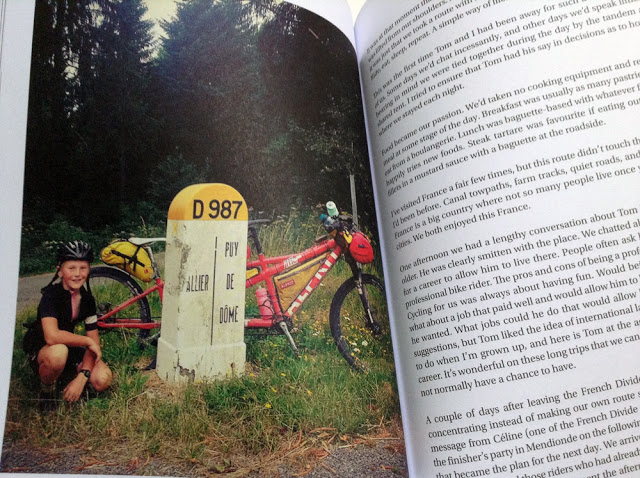 It quickly becomes apparent that Tom is the main driving force and it’s him who pushes the pair towards the horizon. Sure, Rich may drive the car and buy the cake but personally, I am left wondering how many of these things Rich would have attempted were it not for Tom? I shan’t spoil things for you but I will say that, what they do achieve isn’t a watered down, child sized portion of cycling. On the contrary, their cv would be the envy of most cyclists no matter what discipline they favoured or how experienced they were. Given that Tom isn’t yet 16 only adds weight to how remarkable his achievements are. 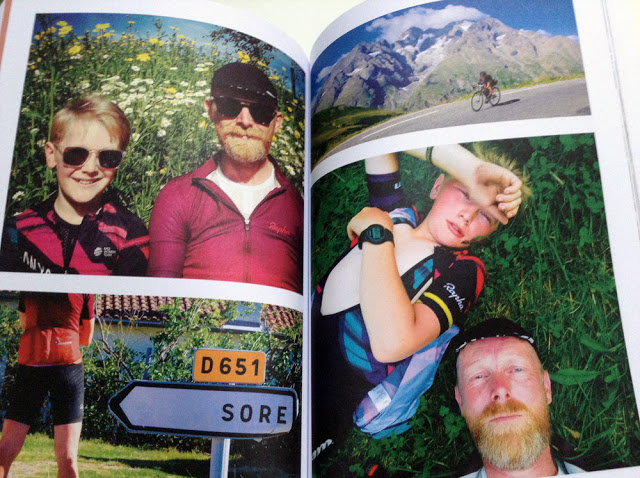 Whether Tom continues to cycle as he gets older remains to be seen but the story of his childhood should act as a reminder that no matter how old, everyone is capable of extraordinary things. If you have young kids, I’d suggest you buy the book. If you cycle, I’d also suggest that you buy it and if both of those things feature in your life, then I’d imagine that you’ve already bought it.

Available direct from the publishers HERE and of course, other places that sell books.