The 2014 Bear Bones 200 was a weekend of two stories. Had the papers featured the first story, the tabloid headline might have read “Bear attacks man in Wales”, while in the broadsheets it may have read “Cyclists face biggest challenge yet”. The second story was altogether different and would have appeared in the papers a week or so after the event … the Sun would have said, “Big brother in fun crackdown” and the Telegraph, “Authorities curb adventurous cyclists”.

They say that today’s news is tomorrow’s chip wrappers and in the case of the first story that’s absolutely true. Once the pain had subsided, many people largely forgot just what an ordeal they’d endured … in fact quite a few donned their rose tinted Oakley’s and looked back on it with a massive sense of pride and achievement, although I imagine fondness might be stretching things a little too far. The second story was much less of a headline grabber but in nearly every way it was the more important of the two. It focused on the fact that certain authorities had started to take a bit of an interest in the bikepacking world and in particular, the ITT aspect … and they didn’t like it. Over the course of a few days, more assenting voices made themselves heard until it became obvious that something had to be done to help deflect the barrage and that something was change. 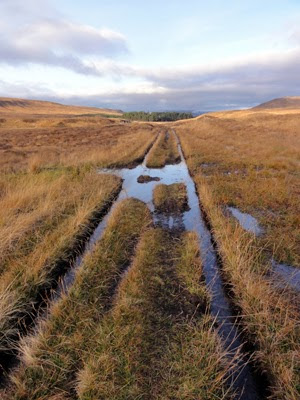 Although any changes didn’t necessarily need to be drastic, they did need to send a very clear message, a unambiguous message that left no one in any doubt that the BB200 was not a race or a timed event or any type of competitive undertaking. The first thing to alter was the start, for the last four years the BB200 has enjoyed a group start with everyone setting off at the same time … not anymore. This year there is a ‘start time window’ of two hours between 8.00am and 10.00am and it’s up to you to decide what time you leave within those times. The next consideration was ‘the badges’, they’ve always been a popular part of the ‘200 experience’ but awarding them based upon the time it took to complete the route would have to change. The very last thing to come under scrutiny was the name, after some deliberation it was decided that in an effort to remove any lingering notions of ‘timing’, the emphasis would be altered if the Bear Bones 200 became the Bear Bones Reliability Trial and would leave no one in any doubt that the challenge was to finish the route irrespective of time.

With a plan formulated, it was time to unleash it and let the bear free. After the initial questions and genuine disbelief at the reasons behind the changes most people were fairly accepting … and that, you would imagine would be that. However, a few months have passed since the BB200 became the BBRT and in that time the initial plan has undergone a few tweaks, so what does that mean for 2015 and anyone thinking of entering?

Name
Seeing as very few people could remember the name ‘BBRT’ and still referred to the event as the BB200, it’s been decided to not change the name.

Start
The two hour start time window will be in place. You decide what time you’re going to set off between 8.00am and 10.00am. Please note 10.00am is the latest time you can depart, so don’t be late.

Food Voucher
Irrespective of whether you complete the entire route or not, your first job when you return is to sign off. Upon doing so, you will be given a food voucher in accordance with your status (previous riders will be familiar with these).

In other news, you can also expect an entirely new route this year … with far fewer bogs, although that doesn’t mean that you should expect it to be easy.

On-line entries open on May 30th