I’m writing this with only a handful of days left until the end of 2016. A new year’s lurking just round the corner and as ever, it’ll be full of ups and downs, the mundane and the extraordinary and a mixture of pain and pleasure. At this time of year many of us will look back wistfully over the last 365 days and think about what never was and what might have been. For some, this introspective journey will likely end at the bottom of a glass sometime in the small hours of January 1st. For others, it will be the catalyst that drives them into the New Year, all guns blazing; ready to change whichever character flaws or physical traits they hold responsible for whatever regrets they harbour. 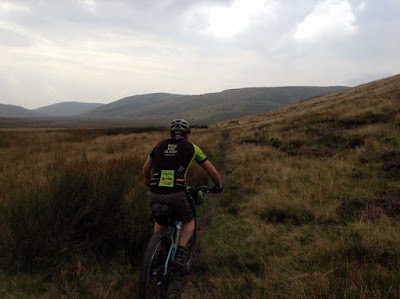 New Year, new you and all that … it’s a great thing and as cyclists who potentially frequent the more extreme end of things, there’s often considerable scope. Although many of us share a fascination for all things lightweight, deep down we all know that replacing our 20g tent pegs with some weighing 8g less, won’t actually make very much difference when we’re facing our third big climb of the day. We’re fully aware that no amount of sulking or stamping of feet will actually make the rain stop or our socks miraculously dry out. No, sadly we know the painful truth and the truth is – we’re the problem.

Lighter, harder, fitter, stronger – these are the things that will make a difference to how we perform and ride. They, rather than your tent pegs will decide whether you can ride fifty miles in a day or a hundred and whether you’ll allow the dark monsters of your mind to dictate your actions or push on through into the light. They can’t be bought in the shops or on-line but that doesn’t mean you can’t get them and January 1st will herald the start of many quests to search them out.

It can be a perilous voyage under a harsh captain and one that not all good intentions will survive. Some will have second thoughts and never even set foot on board. Others will fall victim to the rough seas within days and ask to be put ashore at the nearest port and a few will fall overboard into the cold waters, never to be seen again. However, those who can knuckle down and take the beatings will eventually find themselves on the bright white sands of the promised land and there they’ll stand – lighter, harder, fitter and stronger.