Me, I’m something of a soft luggage fan but I’m also not a zealot and I know that there are certain trade offs and even occasional niggles associated with it’s use. The dreaded (and I tend to generally think, often exaggerated) ‘saddle bag sway’ is one and another is the sometimes fraught relationship that exists between bar-bags, head-tubes and cabling. 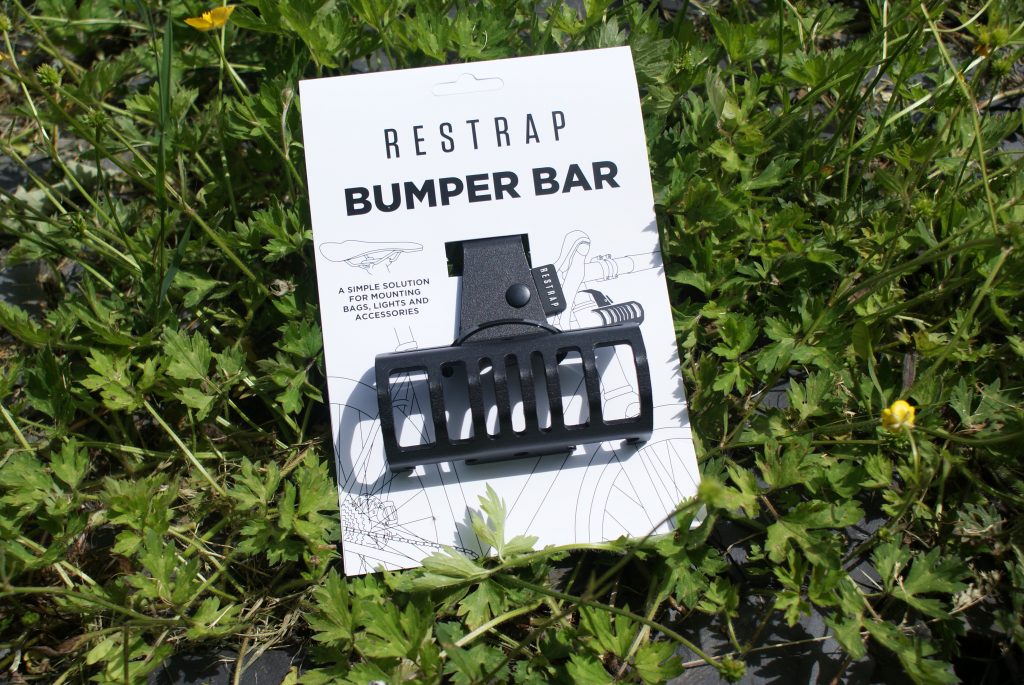 The Restrap Bumper Bar aims to address that particular issue in a simple, uncomplicated manner. It’s made from steel so allay any concerns about bending it and it’s very nicely powder-coated which should mean you can also disregard any thoughts of rust and corrosion. Fitting takes exactly the same length of time as it takes you to remove your top cap, loosen your stem, lift it off and then reverse the procedure. It’ll fit any 1 1/8″ steerer and once in place can remain there whether you have bags attached or not. Should you be travelling sans luggage, then you can also use it as a perch for lights or anything else that your imagination can conjure up. There are a number of slots and cut-outs which align with the straps on Restrap bags but it’ll also work perfectly well with those produced by other manufacturers too. 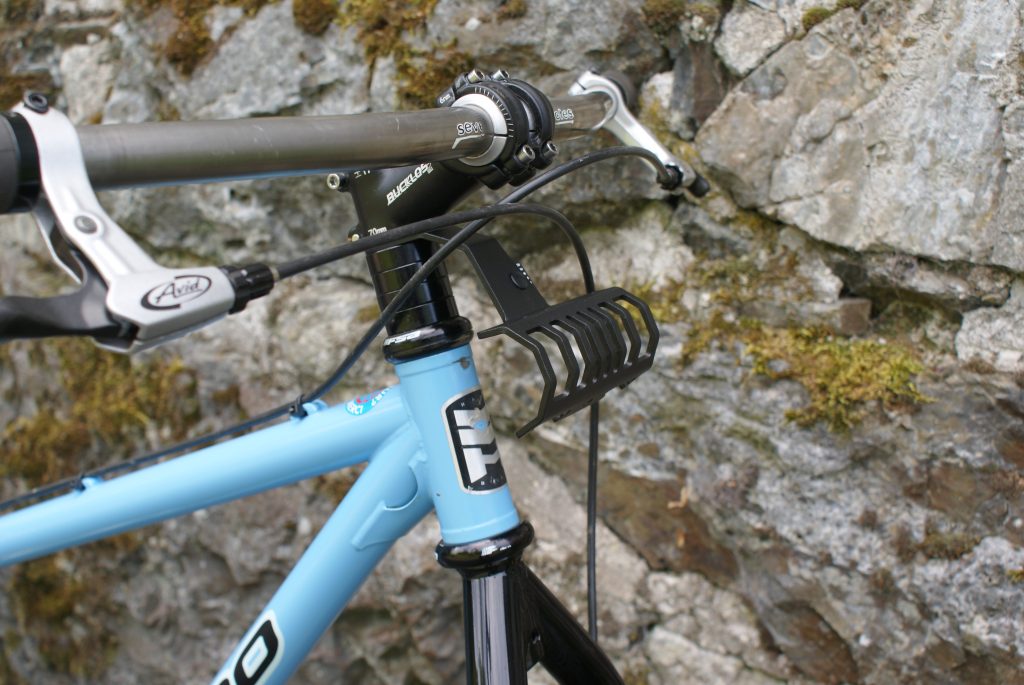 At 178g, it’s not light but nor is it heavy and it does feel solid with an air of quality about it … if it matters to you, it’s also produced in the UK. Once in place, it provides around 100mm of clearance between what’s in front of it and and the paintwork of your cherished frame. Obviously, that also means there should be far less chance of cables and lines becoming crushed. 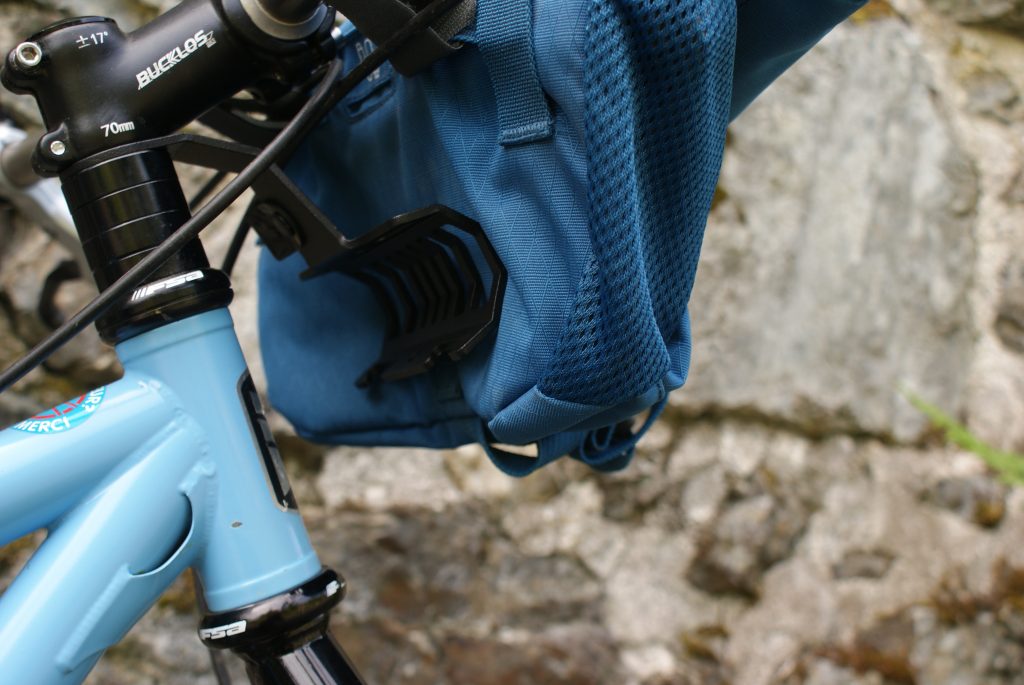 Someone did question what would happen should your bars inadvertently turn all the way (or at least as far as they can). Their thinking being that the bumper may strike the top-tube. Well, I can tell you exactly what happens because 30 seconds after fitting, my bike decided to stop leaning against the wall where I’d left it and to throw itself headlong onto the ground. Yes, the bars span round and yes, the Bumper is in direct line of the top-tube but no damage ensued. Why? Mainly because of the fact that the bumper is clamped between your stem / spacers / headset. That fitment provides enough force to hold the Bumper in place during normal service, yet allowed it to spin when when it met my top-tube … no dent, no scratch, nothing. It’s perhaps also worth remembering that if you do have luggage attached, then there’s absolutely zero chance of any bumper / frame interface no matter how much your bike seems to hate you.

My initial thoughts are that it’s well made, well thought out and a genuine solution to a genuine problem. It costs £39.99. Is that expensive? I don’t know because only the individual can decide that for themselves but I can tell you that I certainly wouldn’t make you one for less.