Bikepacking is … walking into a sandwich shop and discovering that there’s no menu, it’s not that you can’t buy a sandwich, it’s just the opposite and you can buy absolutely any sandwich you want. Now imagine that having deliberated, you’ve finally made a choice, only to then be told “everything’s in the back, off you go and make me one while you’re at it”. Ten minutes later you emerge from the kitchen with your sandwich and rather than being told how much it is, you’re asked how much you like to pay for it … and this, is the reason bikepacking will never become popular. 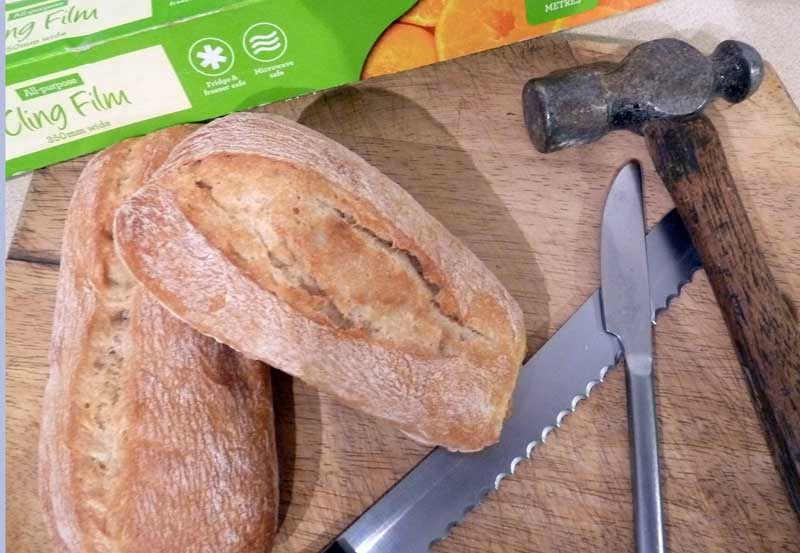 Too much choice.
Having the ability to go anywhere can make the decision of choosing where to go a difficult thing. Ultimately, the process of choosing a route or destination from almost limitless possibilities, can lead to you not actually going anywhere. Open up any OS map and spend ten minutes looking at it, really looking at it and the endless permutations of roads, tracks, lanes, bridleways, RUPPS and BOATS can become quite bewildering. Shall I go left here or shall I have ham? Is it possible to ride down there or would I be better going with a wholemeal roll? With so many possible ways to configure all those coloured lines on the map, it’s no real surprise that at best, a lot of people find route planning a daunting chore and at worst, something they just can’t be arsed to do. It’s just so much easier when someone else has done the hard work and all those difficult choices are taken away from you … Red trail or ham salad? It’s up to you.

Personal responsibility.
The ‘fear of getting it wrong’ often makes the route decision process even more awkward but as a bikepacker you know that you have to take the rough with the smooth … while a cheese, mashed potato and mint sauce baguette might sound like a reasonable idea and could turn out to be a fantastic combination, it might also be inedible. If you go with it and reason that, I like cheese, I like mashed potato and I like mint sauce, you might discover an unexpected bridleway nirvana or you might have just saddled you and your companions with a two hour, knee deep boggy death-march. However, personal responsibility doesn’t start and finish with a self inflicted death-march, oh no, there’s things like kit to consider too … what if you use the wrong knife and can’t cut the bread straight? Perhaps there won’t be any clingfilm and your carefully crafted masterpiece falls apart before you get chance to eat it? Maybe you won’t be able to find the butter and you’ll be forced to resort to spreading Stork on your bread? … it’s just far too much responsibility and pressure, things would be much better if someone else made my sandwiches for me.

The unknown.
Poke any group of bikepackers and ask them to list the reasons why they ‘do it’ and I’m convinced one of the things you’ll hear spoken about is the freedom it can offer … you’re carrying everything you need, there’s no pre-booked accommodation to reach, no requirement to stick to a fixed schedule … Tired or simply had enough for the day? Then sleep where you are. Wondering what’s round the next corner or over the horizon? Go and have a look. As someone who will readily sleep under a trail-side bush or continue to ride long after bed time, it might surprise you to learn that the vast proportion of the populace actually require their days to contain a higher degree of planning and order. The thought of not knowing where they’ll be spending the night or quite when they might get back home is a scary prospect … If a plan had been laid out beforehand, nothing fancy, perhaps just a simple price list written in blue chalk on a blackboard and hung on the wall for all to see, then there’d be no awkwardness or nasty surprises for either party.

… and that’s possibly why bikepacking captures the imagination of so many but is undertaken by so few.